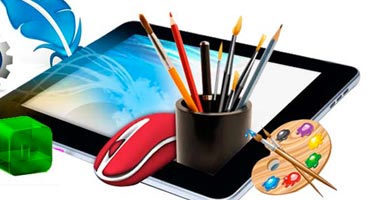 In an earlier column, I introduced a very simple segmentation model that relies on observed behavior. Any marketer tracking basic e-mail metrics will be able to use this model to better target content and, hopefully, improve performance. It’s not that this model is better than others that segment by interest, industry, or another differentiator. It’s that this model relies on information that should be available from even the most basic e-mail marketing program. Here’s an overview:

In this column, we’ll talk about engaging group three: those who open your e-mail but don’t click or convert.

The good news about those who open but don’t click is that they’re able to see your images. The bad news is you don’t know whether they’re fully reviewing your e-mail and not finding anything engaging enough to click on, or whether your e-mail was opened in the preview pane a for a second as they scrolled past it, without looking, to get to another message.

When I work with clients to engage recipients who open but never click, I always start with what appears in the preview pane.

In 2005, EmailLabs released a study reporting that 69 percent of business people use a preview pane when viewing e-mail. Another 33 percent of the group said they often read entire messages this way (as do I). The study may be a bit dated, but based on my experience, I’d wager that preview pane usage has remained steady — or grown — since then.

To view the most common type of preview pane in Outlook, click on “View” in the top toolbar, then “Reading Pane,” then “Bottom.” The vast majority of people use a horizontal rather than a vertical preview pane. Of these users, roughly half configure their preview pane to be about 2 inches tall, while the other half prefer a taller view of about 4 inches.

What does your e-mail look like in the preview pane? If you don’t know, you should. This is a strong opportunity, in addition to the sender address and subject line, to pull readers in and engage them.

The preview pane above does a pretty good, although not great, job in the preview pane. The name of the newsletter, 1to1weekly, and the tagline, “On the Cutting Edge of Customer Strategy,” are prominent. That’s good; they’re instantly recognizable and should pull people in if they have a favorable brand impression.

But what’s that above the newsletter name and tag line? It’s a banner ad. It’s great exposure for the advertiser and it’s obviously revenue for the sender, but since this is prime real estate for engaging readers and pulling them into the e-mail, is it the best use of their prime real estate?

What would the preview pane look like if the banner ad space and the “view this e-mail online” request were moved further down into the message, so more of the e-mail newsletter content was visible?

As a reader, which is more engaging to you? The original screenshot or the modified one? Which is more likely to grab your attention and pull you into reading it?

For me, it’s the modified one. The newsletter name and tag line are still prominent. But in addition to that we get:

As for the “view online” message: Its placement at the very top of the e-mail has been a best practice for sometime. It needs to be high up, so that if images are blocked readers have a way to view the message online. But as I wrote in October 2006 (was it really almost two years ago?), this is changing.

Snippets are becoming another important tool for engaging readers. In the case study I mentioned earlier, we also saw a 41 percent lift in open rates, thanks to the copy that appeared in the snippet.

“View online” links rarely garner many clicks, so the decision to move them down a bit to improve your open rate isn’t a particularly difficult one. I usually find space for them at the top of the message’s left or right column; in this case, a shortened version of that message would fit nicely above or below the date in the right column.

The score for our two preview pane views is six elements to engage readers in the modified version versus two in the original. That’s a three-fold increase that’s bound to pull in additional eyeballs to at least skim the message. And those who skim or (even better) read your message are much more likely to find something of interest and click. Those who click have a much higher likelihood of converting than those who open your e-mail in the preview pane for a brief second and move on.

Take some time this week to size up your preview pane and see what changes you can make to increase reader engagement, clicks, and conversions. In my next column, we’ll talk about group four: those who click but don’t convert.